Two Baluns in One

Elecraft mini-module kits offer interesting and useful, little devices and I am learning a bit more about Ham Radio and electronics as I build them.  I previously built the Elecraft AF1 audio filter and tonight I assembled the BL2 switchable balun.

I wanted a small, low loss, balun for use with ladder line and end-fed antennas that I could switch between 1:1 and 4:1.  MFJ makes a commercial pre-assembled switchable balun but I suspect that the quality of its cores do not match Elecraft's.

The kit is obviously an easy build.  The most time consuming aspect is getting the four stripped wire ends from the core all equally inserted in their tiny holes.

I tried it out with my attic doublet and the ability to switch between 1:1 and 4:1 made a difference on difficult to tune bands.

According to an email correspondence with Gary (AB7MY) at Elecraft...

The only drawback is the lack of an enclosure resulting in a relatively fragile mechanical connection to the antenna and coax.  I had hoped the board would be thicker than average epoxy board with some mechanical reinforcement of the connectors but it's standard thickness and the connections are only held on by their solder points.  450 ohm ladder line is pretty stiff stuff and I saw the connectors flex on the board as I attached the antenna.

I will need to get it in an enclosure before much field use.

I enjoyed the simple build and winding the cores and tracing out the continuity.  I've been studying for my Extra ticket and learning more about inductance.  Building even something as simple as a balun is interesting to me. 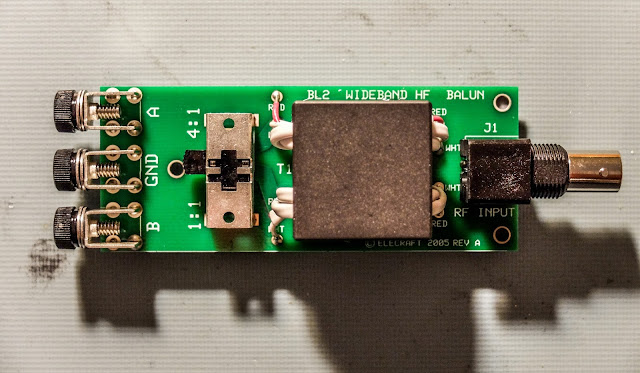 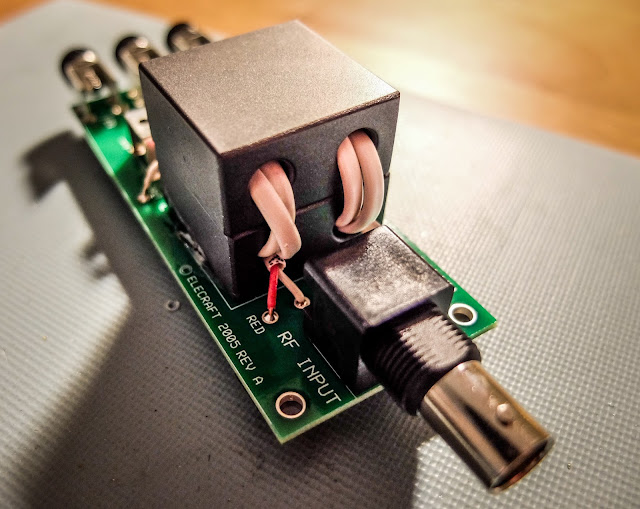 N4HAY recently performed a thorough test on the BL2 to measure its loss and current balance capabilities in blog (http://zs6rsh.blogspot.com/) in this blog post.

Thats all for now