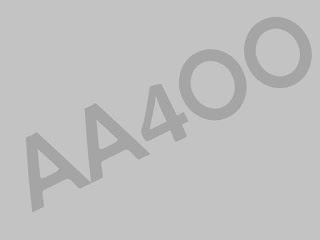 I'm a proponent for using the Reverse Beacon Network to determine how your QRP signal is getting out and for comparing different power levels and antennas. I look at how I'm propagating to reverse beacon stations and what signal strength was reported to know whether I should raise or lower power and whether one antenna is favoring another in a particular skip.

But after getting my new call on March 5th this year I didn't see any spots for my call on any bands. I knew my signal was getting out because I was easily working other stations.

I thought the lack of a spot might be due to my new call not yet being updated in QRZ, but even on the following day after QRZ had the FCC update I still had no spots in RBN.  I sent an email to the RBN administrator to ask if there was a filter or database that they used to prevent busted call signs that needed an update for new calls and they said there was not.  They told me if the RBN skimmer station saw the call it would be reported.  However looking at the aggregator configuration information in RBN there are a number of ways to configure filters but these are set on a station by station basis.  For instance a filter for known bad call signs is in there as well as an option filtering against the Super Check Partial Database which is a file containing the call-signs of active contestors. I'm not familiar with how a call-sign get's placed in that database but neither my previous or current callsign are in there.  So it appeared that there was no reason that I should be getting filtered from dozens of RBN stations that normally report my call.

I then surmised that possibly there was some oddity about the CW Skimmer algorithm.  Being the inquisitive type I sent an email to the creator of CWSkimmer (VE3NEA).   He couldn't think of a reason that the skimmer wouldn't copy my call.  In fact, he said it should be easier for it to copy the dual letter calls than others. So we scheduled a CQ test where he specifically looked at the frequency I was sending my call on to see if CWSkimmer copied.   His station is about 570 miles from me so that's a good one-hop distance for 40m.  He reported that the skimmer saw my call and correctly copied it.  He sent me screenshots from his skimmer results.


However, he noted that although the signal was clear and copied by the skimmer, there were no spots reported on RBN.  He concurred that it was strange and suggested we setup another test where he could watch what the RBN aggregator did with the call once it was passed on by CWSkimmer.

Hurrah, RBN has stopped throwing my call in the bit-bucket

Before I could schedule the followup CQ test with him, I was sending CQ on 80m.  The Reverse Beacon Network spotted me 11 times.  I tried a couple of other frequencies and power levels and sure enough RBN was once more showing spots for my station.

So AA4OO is no longer invisible to the RBN but I'm no closer to understanding why the call didn't show up previously.  The lesson here (if there is one) is that if you have become invisible to the RBN don't assume your feedline has been cut by your XYL whilst trimming the hedge (this happened to me years ago) but rather some technical glitch has occurred or you've been blacklisted for being a LID, or aliens are sucking your CQ out of the ether.  In any event, it seems to self-correct so no-worries.  Keep calm and carry on.

Another lesson learned here was that other hams are extremely willing to help.  I think we have one of the best hobbies in the world because of the people involved.  So give back more than you take and you will make the hobby even better.

So lower your power and raise your expectations (and be patient)