So many radios... so little time

When I was learning CW I had borrowed a friend's inexpensive Ten-Tec QRP radio.  I'm glad I had the opportunity to borrow it while I was trying to decide what type of radio to purchase. There are many, many options for QRP radios. 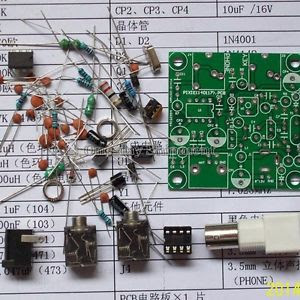 I began by looking at the very inexpensive, simple radios kits like the Rockmite and TunaCans but decided my acumen with a soldering iron was likely insufficient for even something as simple as those kits.  I will probably look into building one of those eventually for fun.  Then I started looking at the more expensive pre-built QRP radios like the Ten-Tec 4030/4020 and Patriot but the more I listened the the little Ten-Tec the more I realized the limitations of these lower priced radios.  Just a couple of items to mention... the AGC (automatic gain control) was harsh.  Strong stations would pop into your ear like a needle before the AGC brought them under control.  If you turned on the attenuator that led to the problem of there being no independent adjustment for the sidetone.  So if you had to turn up the volume to copy a quiet station (with the attenuator on) the sidetone would then blister your ears.  It would do the job but it wasn't pleasant.


I think it could be fun to use these inexpensive QRP radios as an added challenge but I didn't want an impediment to my entry to QRP and CW so I decided to spend more money and go with a better quality radio.

Show me the Good Stuff

I kept seeing a couple of recurring themes in radio reviews to look for in a radio that is to be used primarily for CW: a smooth QSK and a quiet receiver.  In the past when I had my Yaesu and ICOM radios they used a mechanical relay to switch to transmit.  So when I would send CW the relay would audibly snap shut and when I'd pause it would snap open.  When you're sending CW it's polite to be listening between your words to see if a station wants to break in or answer.  This clatter of the relay in the radio during QSK becomes annoying (to me anyway) such that I ended up setting the delay longer and longer so that it didn't trigger.  At that point I was basically key-down until I finished transmitting which isn't terribly friendly in CW land.  So I wanted a radio capable of full-break-in QSK without relays.  That type of QSK seems to be standard on TenTec and Elecraft radios but isn't offered on "big brand" radios until you've worked into the very expensive models.


Another other aspect of a good radio for CW is a quiet receiver.   That's a very subjective topic but I kept reading rave reviews of the "quiet" receivers in TenTec and Elecraft radios.  I am in no-way an expert on receiver design but TenTec and Elecraft seem to design their receivers differently from the "big brand" radios, and in most cases include front-end filters narrow enough to filter out the noise around a thin CW signal.  There are other niceties like having physical knobs to control keying speed or message sending, etc. without having to enter a menu.  That is standard on most TenTec and Elecraft radios but is normally a menu controlled item on "big brand radios" which makes it hard to change during a QSO.

You can see where I'm heading here.  My choices were narrowing to TenTec and Elecraft brands (coincidentally, both are American radio companies).   Both companies make QRP radios although Elecraft has more QRP offerings.  Of the current TenTec radios I believe only the Argonaut and Patriots are QRP.  The Argonaut receives very positive reviews but there were not many available used and I didn't want to pay for a new radio so that sent me toward Elecraft.

Most of the Elecraft models are offered as kits.  I'm not competent enough to correctly solder hundreds of components and wind toroids for a radio so I was looking for used pre-built rigs for sale on a major auction site and eham.net classifieds.  Most of the good deals on eham.net classifieds seemed to be quickly snapped up.  I bid on a number of radios on the major auction site but the bids consistently went higher than I was willing to pay.  At first I was bidding on only Elecraft KX1s, then Elecraft K1s, then I moved up in price to Elecraft K2s then to Elecraft KX3s.  I lost all those auctions.  I revisited eham.net classifieds and saw an ad that had just been posted for a KX3 with the options I wanted that was much less than the going price on the auction site.  I sent an email and a week later my KX3 arrived.

The KX3 has been a joy to use.  All the controls I need access to are very accessible without menu diving.  I've made more CW contacts at 5w this past week than I made in all my time with my QRO radios and I made one SSB 10w contact (just to speak with an old acquaintance on the Corn Cob net).   It's internal auto tuner has been able to match my 40m Carolina Windom at 1.0-1 on every band except 160m and 30m.  On 30m it can match at 1.7-1 and 160m it just clicks.  It matches better than my manual MFJ Versa Tuner.

The KX3 has internal batteries that I operated at 3watts transmit for a few hours on outside (only a couple of QSOs).  I was operating from my front porch with a 31ft wire thrown up into a tree.  So it's an eminently "Porch Portable" or picnic bench radio.

I have a little 3ah 12v battery left over from a UPS.  I operated with it for a couple of hours and it only dropped from 12.5v to 12.2v when I was done so that's a nice option to have for longer portable operations.  My 50ah UPS battery, while not terribly portable, should allow me to operate off the mains for a week or more!

The radio, antenna, paddles, and external battery all easily fit in my backpack.  I can't say I could do that with my ICOM 746-pro.

My only limitation on portability presently are my Bencher paddles which weigh twice as much as the radio !!!  But I have a Palm-radio paddle on-order so that should be taken care of shortly.

Elecraft makes a fine radio.  I'd like to operate a TenTec Argonaut some day as well but that will need to wait.