CW Net Ops - strap on your radio and save the world... or just have some fun 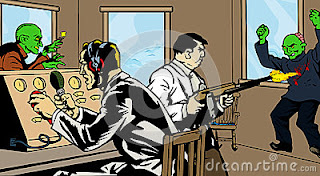 I had my first opportunity to participate in a CW Directed Net this past weekend as part of the  Knightlites Roundtable (3574 KHz CW, Sunday evenings at 21:00 EST) .  I have previously participated in numerous VHF club nets, and in a way this is similar, but as a new CW operator it required far more concentration to follow along than a voice net.  The net operator kept the speeds below 10 wpm for me and I appreciated that.  It's a fantastic way to work on your copy skills since you're exposed to a broad range of operator sending styles, tones, signal strengths and inside jokes that you're trying to decipher.

There can be a bit of Q-code magic involved

While the Knightlites net wasn't heavy on Q-codes I've listened in to some others that were and I was bewildered at the time.  It helps to have a reference sheet from the ARRL QN Signals for CW Net Use handy.

CW Directed Nets follow a similar structure to VHF/UHF/HF phone nets.  The following is excerpted from the NAQCC CW Nets page It is slightly different on the Knightlites net but most CW nets should follow a similar pattern:


Step 1: Net Control (NCS) calls "QRL? QRL?" to see if the frequency is in use. This is a good opportunity to zero beat NCS' signal.
Step 2: Net Control calls "CQ CQ NAQCC NQN DE N4PLK N4PLK NCS QNI K". That means it's time for stations to send their callsigns for Net Control to copy.
Step 3: LISTEN for other stations first. When you don't hear anyone else trying to check in, then send "DE

One thing noted above was "zero beating" the NCS signal.  It's always a good habit when communicating with a station but I think it's even more important in a net because when multiple stations are off frequency then you're really messing around with your RIT to keep them in your passband as it switches between operators.  You don't want to be one of the stations people are having to chase around.


When communication moves beyond "fun" to "necessary"

While VHF/UHF communications are ideal for point to point local signals they can be blocked by by structures, terrain or dense vegetation.  In those occurrences the lower HF bands can be effectively used to communicate both over long distance and to other operators in the local county, with low power and a modest antenna.


One effective mechanism for communication across a wide area with low power is basically throwing your signal straight up and letting the ionosphere reflect it back down like a a light from above (and the angels sang).
Due to the nature of this type of propagation the signal overcomes ground obstacles and with the signal to power density of CW it makes a very effective mode of communication for a wide area.  The Knightlites QRP net was comprised of operators from all over Wake County NC and I believe even a couple of neighboring counties.  I could copy nearly everyone clearly on my attic antenna and I'm located in the Southern tip of the county.  Such communication with VHF would likely require elevated beams and more than 5 watts for intelligibility.  All forms of radio have their place but CW's power density makes it ideal to get through in an emergency.

So keep that in mind when the inevitable occurs...


So lower your power and raise your expectations
72
Richard - N4PBQ